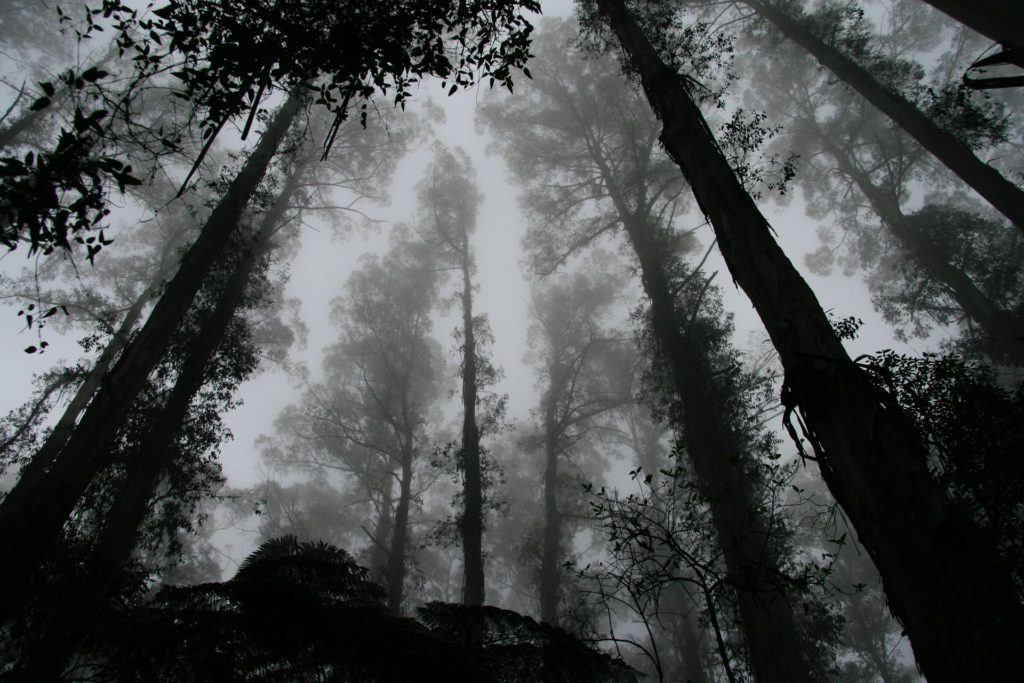 This edition of Papercuts, the occasional series where I talk about cool stuff I read recently, is haunted by the ever-growing number of unread items in my Pocket account (now 1,943 and rising) and the grim knowledge that the ability to read at all is a transient gift. I was tempted to declare Pocket bankruptcy (akin to email bankruptcy) and start again, but I knew I would regret deleting things I had long forgotten.

Most of these reads are not corona-related. I figure everyone is well aware of the coronapocalypse by now, so why not read something else?

I forget what led me to a radical New Orleans-based webzine (unusually, I don’t think it was Twitter) but I greatly enjoyed Jules Bentley’s piece on ‘Reviving Indigenous Histories with “Bulbancha is Still a Place”‘ (Antigravity Magazine, September 2018), about a collaborative zine on the Native American history of New Orleans. I paired it with another of Bentley’s excellent articles in the same mag, ‘Blanc Like Me: Cajuns vs. Whiteness’ (July 2019) about the history of the Cajuns of Louisiana, an ethnic group I admit I knew little about, and their complicated relationship with whiteness. People of similar ethnic heritage in Canada, from whence the Cajuns originated, would be considered Métis—that is, not white1—but in the United States consider themselves, and are considered in turn, sometimes white and sometimes not. My personal status as an extremely white lady will likely never be questioned, so I admit to being mildly fascinated (and somewhat repulsed) by the way whiteness grows and shrinks according to socio-political whims.

On Saturday I attended a webinar on ‘New Nature’, co-presented by the State Library of New South Wales and the Sydney Review of Books. A silver lining to everyone staying home for two months is the proliferation of online events that would previously have been held in-person, enabling the geographically dispersed and the ordinarily housebound to participate far more fully in cultural life. I’ve become a voracious reader of so-called new nature writing over the past couple of years and greatly enjoyed the webinar. One of the panellists was Koori poet and academic Evelyn Araluen, who I could listen to all day. She spoke to her SRB piece ‘Snugglepot and Cuddlepie in the Ghost Gum’ (Sydney Review of Books, February 2019), a beautiful and intricate essay on pastoralism, Aboriginality and the landscape as expressed in Australian children’s literature, which had lain dormant in my Pocket account for far too long. I immediately wished I’d read it sooner. It’s the sort of piece that demands recurrent readings.

Between the webinar and reading Araluen’s piece, though, I stumbled upon Paul Kingsnorth declaring that ‘The Earth Does Not Speak in Prose’ (paulkingsnorth.net, November 2019), a transcript of a conversation with Charlotte Du Cann, also published in issue 16 of the Dark Mountain Project. Kingsnorth is a complex, esoteric and somewhat divisive figure in new nature writing, a self-described ‘recovering environmentalist’ who co-founded Dark Mountain in 2009 before growing disillusioned with it all. He fled to Ireland with his family to put down roots and ground himself, but it doesn’t appear to have pacified him. His latest book Savage Gods has him desperately wondering whether words are the enemy of belonging (LA Review of Books, September 2019), whether language is the ultimate abstractor standing between us and the living earth, and whether he should give up writing completely.

Ever since reading ‘A Storm Blown From Paradise’ in the first issue of Emergence Magazine (February 2018) I’ve followed Kingsnorth’s work from a distance, not always agreeing with everything he says yet finding it deeply fascinating. His detractors accuse him of being an ethnonationalist, an impression not helped by the fact he voted Leave. I am inclined to read this particular interview more charitably, seeing a man cast adrift by his ancestors, reviling the culture that spawned him yet feeling he has no other to return to, a man desperate to anchor himself somewhere in deep time. I was intrigued by his thinking here; some parts, like the below passage, cut very close to the bone:

Paul: We’re people with no tradition, because that’s what modernity has done. It’s made us all into little individuals. So the story we tell, we have to come up with ourselves. And then we’re endlessly in pain, because we’re always driven to try and work everything out. Because we’re not supported by ancestry, we’re not supported by a culture. The bargain of modernity is we have no tradition to hold us back, but we also have no tradition to support us. So all the storytellers have to come up with their own vision which is why writers end up shooting themselves, or drinking themselves to death…
Charlotte: Or rediscovering old myths, old texts…
Paul: Yes. And what Dark Mountain ended up doing quite a lot of: talking about myths, folk tales and religious stories. Almost unconsciously, Dark Mountain ended up as a place where you could start looking for old stories. One of the things we got wrong in the manifesto was this notion that we need a new story, when we needed to rediscover the old ones. Martin Shaw was one of the people who really made me focus on that, because he said, ‘Look, the stories are already here, it’s just that we don’t know them anymore.’

Evelyn Araluen touched on this in the New Nature webinar, the fact that Aboriginal ways of knowing and being are not new, though they may very well feel new to those learning about them for the first time, and that it wasn’t a matter of finding new ways to live in the Anthropocene, but more a matter of centring the voices and experiences of Aboriginal people, whose ways were already working perfectly fine. I look forward to revisiting the webinar recording when it’s released, as well as delving into the new Guardian Australia series Old Knowledge for the New Normal (May 2020), which deals with similar themes.

Sadly, happily, fortunately, unfortuately, there’s been a lot of well-wishing going on lately. So it was with some interest that I came across the Get Well Soon! project, by Sam Lavigne and Tega Brain (March 2020). It collates thousands of well-wishes left on GoFundMe pages for medical fundraisers, a sad indictment of the American health system (or what’s left of it) as well as the radical energy of supporters and community. Lavigne and Brain are completely right that such an archive should not exist, but in the interests of transparency and political analysis, I’m glad it does.

The accompanying essay by Johanna Hedva is outstanding, comparing the now of illness with the now of revolution, the need for care with the need for change. It does so in a coronavirus context, because that was the only context going in late March, but I read it at the time through my own prism of severe anxiety, bedridden and unable to function, and it gave me hope in a way little else managed during that time:

We’re told everything is impossible. Until, suddenly, it isn’t. One of the recent cardiMail newsletters highlighted this incomplete, evolving collection of The New Possible, a list of recent public policy decisions around coronavirus that would have seemed unthinkable just a few months ago. My personal favourite is the French government’s decree barring flag carrier Air France from carrying passengers between cities less than 2 1/2 hours’ flying distance where a rail line exists instead. Hooray for a rail-focused national transportation policy! For a chaser, I recommend the incendiary ‘America Is a Sham’ by Dan Kois (Slate, 14 March 2020), or for something more sedate, this interesting exploration of ‘Why Airports Die’ (Citylab, May 2020).

There’s something dangerously enticing about the idea of a ‘designer asylum’: even more so, the idea that ‘The lunatics are taking over the means of production’ (Asylum Magazine, 27(1), March 2020). I think about the hospital I recently spent time in, the kinds of questions they didn’t ask on the feedback survey, and how much nicer that environment might have been were it in a forest, and full of beanbags. I think about what scares me the most about going back. I think about why I’m scared of a place that’s meant to help me get better. It’s tempting to think about what my ideal psychiatric care environment might look like, but I know deep down it will never formally exist. Whoever heard of ‘a positive place to experience mental distress’?

I desperately want someone to visit the new Heide healing garden (Foreground, May 2020) for me when it opens later this year. I don’t dare hope that I might be able to visit in person. I can’t see myself getting to Melbourne anytime soon. Again I reflect on how my future has disintegrated.

For the moment, I will content myself with the National Museum of Australia’s online ethnobotanical exhibition Knowing Plants, which came to me via Ellen Coates’ daily delightful #CovidGLAMR explorations. The exhibition highlights three sites of First Contact on the east coast of the continent, and features plants both collected and ignored by Captain Cook’s men, with local Indigenous names and knowledge featured alongside the explorers’ botanical drawings. The backdrop of the splash page reminded me of the beautiful Parnatti exhibit at Adelaide’s MOD museum, guiding the visitor through Kaurna Yerta’s windy season.

A friend read ‘Splendid isolation: how I stopped time by sitting in a forest for 24 hours’ (The Guardian, January 2020) and dropped it in my inbox, having kindly thought of me. This piece is everything I tried desperately to explain about my time in Tasmania last January; spending an entire day at Cataract Gorge doing nothing but reading Rebecca Solnit in a stone beanbag; my inexplicable outrage at TMAG over the settlers’ blithe destruction of a sacred, sustainable lifeworld, and in particular at their mechanisation of time; the brief moment at Cradle Mountain where I stood in that lakeside forest, and felt the divine. I returned from lutruwita a very different person. This piece resonated deeply with me, a sorely needed reminder that those times and places still exist; that I still exist; that today will not persist forever; that I might one day return. The yearning for such Peace is what’s keeping me going.

A different yearning to Paul Kingsnorth’s, I think, but perhaps a related one.

One thought on “Papercuts: greeting the old and the new”