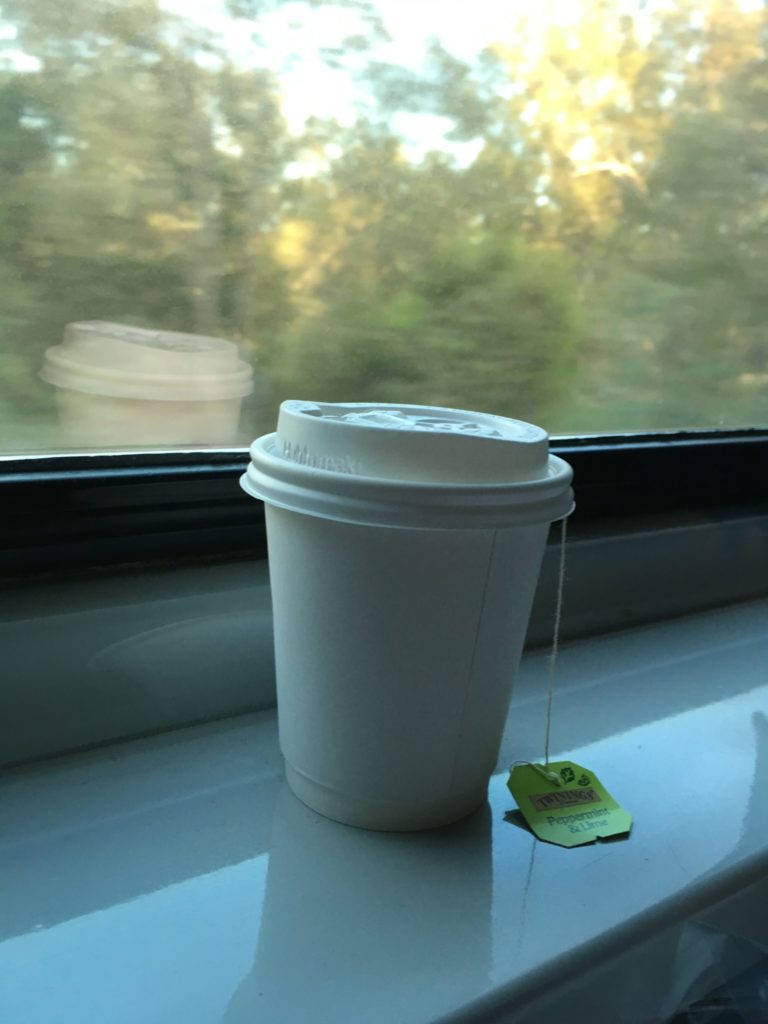 Last year I met Hugh’s dad at a party. He initially mistook me for someone else but was polite enough to keep chatting to our table. I forget exactly how I was introduced—possibly as some kind of erstwhile twitter personality—but he ultimately told me, kindly but firmly, to ‘stop being so self-deprecating!’.

Not wishing to disappoint Papa Rundle, I had initially planned to write a triumphant overview of everything I achieved in 2019. I ended up with quite a long list. And yet I found myself at the end of the decade in much the same place I’d started it: having anxiety attacks and failing at parties. Things got worse. Things got better. Things got worse.

I worked myself to pieces last year and all I felt was failure. Haven’t we been here before?

At the start of the year, I had a lot to look forward to. After a tumultuous 2018 I took a month off work and fled to Tasmania. It was one of the best things I’ve ever done. I went to Mona Foma festival in Launceston, felt the warm embrace of nature at Cradle Mountain, admired the blowhole at Bicheno, explored the museums and pad thai establishments of Hobart. I became a #feralcataloguer. I drank my weight in Jive Honey Crunch, the best flavoured milk you’ve never had. I loved the island of lutruwita. I’d go back in an instant.

For the first time in my library career, I spent an entire calendar year working for the same organisation (a small, minor national library that shall remain nameless). Years of hope labour paid off when I was made permanent there in July, with the grandiose job title of ‘Metadata Coordinator’. Three weeks later I gained a temporary promotion to the web archiving team, where I’ve stayed ever since. Web archiving is a fascinating little area of GLAM work and I’ve really enjoyed my time in the team. I particularly enjoyed playing ScoMo Simulator on company time (and thanks to the Australian Web Archive, you can play it too).

I did, as usual, an absolutely ridiculous amount of PD. I ran a three-hour OpenRefine workshop at VALA Tech Camp and was on the committee for Tech Camp and generally helped make Tech Camp happen. Hugh and I both learned that running both a conference and a workshop at that conference is extremely stressful and that we really shouldn’t do that again. I promptly forgot this lesson in overscheduling and presented two full talks at the 9th New Librarians’ Symposium (NLS9), telling a packed room ‘We need to talk about cataloguing’. It was the conference talk I’d always wanted to give, and it was a great success. I backed it up ninety minutes later with a talk about zines with Kassi.

I was elected to VALA Committee. I was appointed to ACORD Committee. I went to GLAMSLAM. I went to the ADA copyright forum. I joined an international working group on cataloguing ethics. I co-ran ACTive ALIA (not that we did much). I contributed to the third Auslib zine. A mystery someone called me their library hero (!) and got ALIA to write nice things about me in inCite.

I wrote 16 blog posts, including 7 for GLAM Blog Club. My favourite post was ‘The people’s cataloguer’, a wonderfully serendipitous (and extremely Tasmanian) tale of cataloguing 110 books that comprised The People’s Library, and in so doing becoming part of that library’s performance.

I attended five cardiparties, which I think is quite impressive considering I don’t live in any of the places they were held in. I saw the sights of Ballarat on foot in January, marvelled at the incredible Incendium Radical Library in Footscray in February, heard from Liz Stokes at the GLAMSLAM sideshow in Sydney in March, toured the Incinerator Gallery in Moonee Ponds in April, and was all along the water tower in Sale in November.

I read some incredible things in the past year. I read that information doesn’t grow on trees, that information maintenance is a practice of care, about efforts to build an antifascist AI and an anarchist HCI, and that doing the impossible is the most rational thing we can do. I also started reading the absolutely magnificent Sand Talk by Tyson Yunkaporta. You should read it too.

I catalogued a lot of books. I archived a lot of websites. I drank a lot of tea. I spent a lot of time on long-distance trains. Oh, and I shaved my head. Repeatedly. It was awesome.

I had some pretty crap life stuff happen too, though. I lost two extended family members: my cousin Tristan was killed in a motorcycle accident in June, and my favourite uncle Vince died suddenly in early January this year. On both occasions I was out of town and away from immediate family. The distance hurt more than I expected.

I also spent several months being various kinds of not-well, and not just because of the smoke haze choking the city. I set myself a lot of lessons. I didn’t learn any of them.

By any reasonable standard, I had a huge and fairly successful year. And yet so much of me is hyper-focused on all the things I failed at. I totally blanked on the cataloguing ethics group. People asked me to write for their blogs, invited me to contribute to their projects, emailed me looking for cataloguing advice etc and I just never got back to them. I couldn’t face my inbox. I couldn’t face next week. I was completely overwhelmed by everything and I dropped a lot of balls. Most of those balls were made of plastic, but a few were made of glass.

After many years part of me has finally realised that no matter how much I throw myself into library work, it will never fix the gaping holes in the rest of my life. I might have loved libraries, but libraries were never gonna love me back. I spent most of this past January considering whether I still wanted to be a librarian at all. It’s hard not to look at the state of the earth and wonder whether librarianship is really the best use of my time and talents. Honestly, I’m not sure it is any more. All other things being equal, sure, I’d love to sit around and tinker with metadata until I retire. But I don’t live in that world and there’s no point pretending I do.

I cannot keep working at the rate I have been because otherwise I will completely disintegrate. Nor do I want to keep doing so much library stuff at the expense of literally everything else. The environment doesn’t care what I put in a library catalogue. Something needs to change.

This year I have… well, I was going to say one goal. I have many goals and most of them are not for public consumption. But my biggest and most public goal is to do less, while doing better.

In 2019 I hoped to ‘to learn more about how my upbringing has shaped my inbuilt theories of knowledge’ and ‘learn more about nature from nature itself’. I tried to spend more time in nature, even as our climate is rapidly changing and the seasons are collapsing around us. I became a lot more aware of what, and how, different groups of people learn about the natural world. I had a lot of complex thoughts on this and neglected to properly write them down, so I want to come back to this in another post.

Ultimately I want to spend more time sipping peppermint tea on a train, learning this landscape and helping to heal it. I want to do less. I want to do better. I want to get better. And maybe then I’ll be a little less self-deprecating.