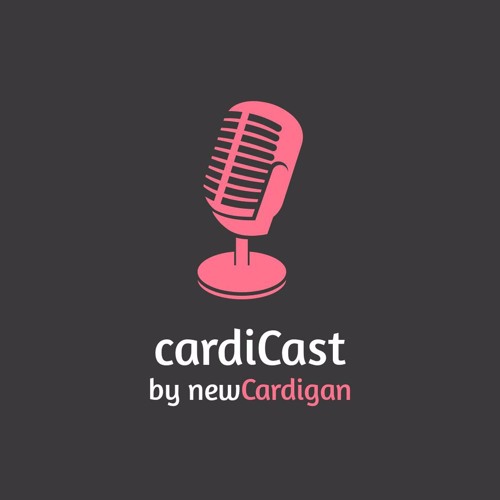 The other day I decided to catalogue a podcast, mostly because Hugh gave me the idea. I cast about for a suitable work and I figured—why not catalogue cardiCast? I’m not a huge podcast listener, but I’ve really grown to enjoy the mix of live cardiParty recordings and interviews with selected guests.

Resources for cataloguing podcasts are thin on the ground, so I thought I’d share my take. This is not an officially-sanctioned, PCC-compliant guide or anything, just the views of a simple cataloguer who does this for fun.

any of you audio heads seen a PL catalogue podcasts (as continuing audio resources I guess)? ping @lissertations Because this is me but for podcasts and the apps don’t often have great discovery. I imagine there’d be some podcast/eaudio crossover interest.

Having said this I know I’ll try and catalogue a podcast soon just for the hell of it, and it’ll probably give Hugh ideas ?

Be careful what you wish for, etc.

This is gonna get technical. Let’s look at the Leader fields, first:

There’s not a lot of records on the ANBD with that particular combination. The closest I found to a podcast record was ‘Surgical news extra’, an audio accompaniment to an existing textual serial. (The cataloguer at SLV who created this is clearly a talented individual, they did a really good job!)

As far as the cataloguer is concerned, there are three aspects to a podcast: its audio content (spoken word, non-musical sound recording); its computer content (digital file, stored and accessed online); and its seriality (continuing resource, issued in discrete episodes as part of a broader whole).

Capturing these three aspects requires a lot of fixed field data, most of which (sadly) an ILS will never use. We will need the following:

Generally speaking, “the 008 and 006 are regarded as containing “bibliographic” information about a work, while the 007 is regarded as carrying information about the “physical” characteristics of the item”. I could go into exhaustive detail about each byte, but if you really want to know you’ll have clicked on the above hyperlinks already, so why reinvent the wheel?

Two aspects of fixed field entry stood out as being particularly tricky:

Pleasingly, the title (as spoken by Justine at the beginning of each episode) actually fits really neatly into the ISBD syntax, as transcribed in the 245 field:

[Title] $a cardiCast :
[Subtitle] $b a GLAM podcast /
[Statement of responsibility] $c brought to you by newCardigan.

I really wanted to know whether I could keep newCardigan’s distinctive camelCase in the title and access points, or whether I had to refer to the work as ‘Cardicast’ and the producer as ‘Newcardigan’. Fortunately the RDA toolkit saw my dilemma coming, and handily permits the retention of unusual capitalisation if it is the most commonly-known form.

Names of Agents and Places
A.2.1
[…]
For names with unusual capitalization, follow the capitalization of the commonly known form.
eg. eBay (Firm)

I ran the catalogue record past the cardiCore before writing this post, to make sure I’d gotten the metadata itself correct. They agreed that Justine (as host) and Clare (as the sound editor) deserved added entries of their own. MARC accommodates this quite readily, simply by giving them each a 700 and a $e relator term from the exhaustive list. Naturally, newCardigan is accommodated in a 710 field.

Because nobody is actually going to read those fixed fields I just spent two hours painstakingly creating, I’m now going to fill in my 3XX and 5XX fields with all sorts of descriptive data about the podcast: how often it comes out (field 310), whether it’s streamable or downloadable (or both, in this instance), when it began (field 362), and what kind of content I can expect from the podcast (field 520).

Field 508 (Creation/Production Credits Note) enables me to credit the podcast as a newCardigan production and expand on Justine and Clare’s roles, while field 511 (Participant or Performer Note) notes that each episode has a different guest. I’ve also noted in field 588 where my descriptions have come from. This isn’t mandatory, but for a resource with no defined title page or home page it can be useful to know where the metadata came from.

This podcast was difficult to index, chiefly because at first I wound up with too many overly-specific headings. I would have preferred an overarching $a GLAM industry $v Periodicals and $a GLAM workers $v Interviews but LCSH doesn’t have anything like that, so I had to split up the GLAM into its constituent sectors. I’m also not sure how I feel about $v Periodicals for continuing resources of this type. I think it’s the lack of print, textual content that bothers me a little. But it works, it has precedent elsewhere and I don’t have any better ideas. Perhaps in future $v Podcasts will become a form subdivision, just as it is already a genre/form term. Or we’ll abolish form subdivisions altogether. That’d be good.

In LCSH, ‘Galleries’ is a UF for ‘Art museums’, in case you were wondering.

NB: I originally wrote this in MarcEdit and painstakingly inserted all the spaces between subfields (don’t tell me, there’s a regex for that). The slash characters represent a blank space.