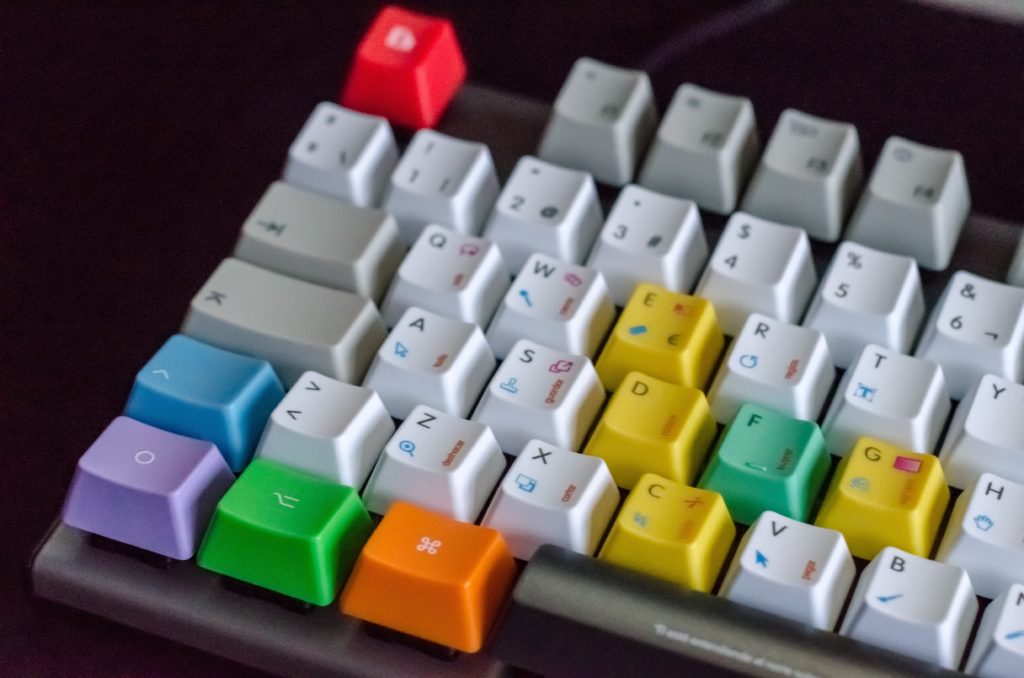 This month’s GLAM Blog Club theme is the delightfully adaptable ‘question’. Next month’s #auslibchat theme is the equally interesting ‘Library Roles’. These have both wound up being quite timely, for reasons I probably shouldn’t discuss on the open internet, but I do have some questions about my role as a librarian with a technical bent.

I’m trying to get out of my perfectionist shell, so these are more free-flowing thoughts than I would normally commit to pixels. I should also mention I had a coconut margarita for dinner this evening, and I’m in a bit of a mood.

Back in the olden days, back-of-house library functions like cataloguing, acquisitions, et cetera were broadly known as ‘technical services’. When I started in libraries just over four years ago this term baffled me. I supposedly worked in this kind of area, but it felt like a hangover phrase from The Time Before Computers. Nothing ‘technical’ about serials check-in, I thought. Technical people worked in the systems department. Or in web publishing. Or in IT, which sat outside the library itself.

Four roles and three workplaces later, I still don’t work in any of those areas, but I also still don’t know how I feel about the phrase ‘technical services’. For context, I currently work as a web archivist, which is easily one of the best and coolest jobs I will ever have. I have the rare pleasure of a role that combines curatorial, technical and metadata aspects, in a team full of good people who know their stuff. I love (almost) every second. I haven’t been this happy at work since I spent 5 1/2 years running an ice-cream shop on weekends. I’ve been meaning to blog for ages about how awesome my current job is. I should get on that.

It’s not part of what would be traditionally considered ‘technical services’, though to my knowledge MPOW have never used this phrase, but it involves a lot of highly technical work, dealing with the endless ways people create and structure websites, and how our crawling software copes (or not) with the variety of the Web. If nothing else, this role has been quite the crash course in HTML, CSS and Javascript. My previous role as a cataloguer was technical in a very different sense—learning an arcane encoding standard so that I might apply a set of equally arcane descriptive policies.

Notably, I am the only woman in a team of five people, and it’s taken some getting used to. Anecdotally, cataloguing and other ‘technical services’ are female-dominated, with a greater proportion of people from non-Anglo backgrounds (mostly due to the need for vernacular language skills). Yet library IT, like IT everywhere, is male-dominated. It’s not good enough for organisations like ALIA to blithely state that the LIS sector needs to hire more men. We need to look at the distribution of genders within the sector. IT pays good money. Cataloguing doesn’t. Librarianship has historically been a feminised profession, an ‘acceptable’ career path for women. It’s hard not to wonder whether tech services would be taken more seriously if more men were doing it.

But I also wonder whether I got into librarianship because it seemed like a safe and acceptable way for me, a white woman, to be technical. Being a systems thinker, I’ve always looked at how things work together, taking a broad view of the forest and its ecosystem while also occasionally delighting in a particular tree. Libraries are just one big system, right? But that system has to be meaningful to people, too, and it’s what I find most interesting about being a cataloguer.

As a technically-minded librarian I often feel like I inhabit a kind of liminal space. I don’t feel technical enough for IT—largely because I’m not much of a coder—yet I feel almost too technical for a lot of library work. Most library jobs these days are not conceived as being ‘technical’ roles. Library schools push a front-of-house mindset almost from day one. My study visit cohort were firmly told what attributes we needed in order to succeed in libraries, and I didn’t feel like I had any of them. I was a natural introvert, not very good at people, quite fond of books and reading thanks, drawn to computers and systems. I vividly remember walking the streets of suburban Perth on the brink of tears because I felt like I didn’t fit the mould the lecturer had set for us. I spent the rest of the visit wondering whether I had made the biggest mistake of my life by enrolling in library school. I seriously considered giving it all away.

I know now, of course, that the lecturer was rude, crude and totally wrong. I do have what it takes to be a librarian. Just not the kind of librarian she was thinking of. But the idea persists that librarians are not technical people, or that the heart of librarianship is not—or should not—be a technical one. We’ve been technical for decades. We were one of the first professions to embrace the possibilities of automation. (We’re still dealing with some of those possibilities now. Ask any cataloguer about whether MARC has died yet.) What happened to that? Where did that power go? Where has that technical skill and ability ended up? And why has the section known as ‘technical services’ not been at the centre of this change?

Too library for the tech staff, too techy for the library. It’s hard not to feel as if I will one day be made to choose between them.

And I will refuse to choose.

Our profession needs all the techy librarians it can get. People who speak library AND speak IT. People with the ethical grounding of librarianship, who may or may not work back-of-house, but who can also critically assess and use technology, ensuring it functions in accordance with the values of this profession. No siloing. No separating. No boundaries. And I say all this not just because I’m on the committee of VALA, a library technology organisation that was literally founded to bring librarians and technologists together, nor because I’m trying to shore up my own career prospects in an uncertain world. I say this because I want library automation to happen BY us, not TO us. I want librarians to be able to take control of their own technological destinies. I want equitable cataloguing to be supported by equitable systems. I want us to be able to speak tech, so we can either tell tech what to do, or feel suitably empowered to do it ourselves.

It’s not technical services as we’ve traditionally known it. But a lot of library traditions are changing.

It’s time to question them all.

One thought on “Putting the ‘tech’ back into technical services”