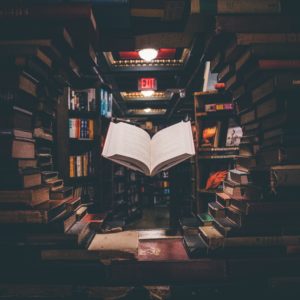 I have a tab problem. The other day I realised I had fifty-seven tabs open in Chrome and my computer was beginning to complain. I already used Feedly and Evernote to keep track of feeds and save things for later, but I was still burdened with all these tabs that I couldn’t or wouldn’t save elsewhere. I also never quite got around to actually reading half the stuff I saved. I was drowning in digital detritus. Something had to be done!

Yesterday I decided to give Pocket a go, chiefly thanks to Messrs. Rundle and Shaddow singing its praises. The idea is that instead of leaving eleventy million tabs open, you would instead save the page to your Pocket account to read later. You can do this via the Share function on your phone, or via an extension for a web browser.

Pocket then keeps all your saved pages in one place for you to read at your leisure. When you choose an item to read within Pocket, the page is rendered with easy-to-read fonts and layout (which you can customise). Once you’re done, you can recommend it to other Pocket users, or share via the usual methods. You can even get all the AusGLAMblogs delivered straight to your Pocket—no need to keep an eye out for the Twitter, or subscribe to everyone’s individual feeds.

The killer function, though, is the text-to-speech functionality. If you’re more of a listener than a reader, you can have articles read out to you by a computer voice with an Australian accent, all for the low low price of free! It’s not the most personable thing I’ve ever heard, I must admit, but it’s better than trying to read GLAM Blog Club and, say, drive a car at the same time. (It also can’t pronounce ‘podcast’, but never mind.)

How is this better than Feedly and Evernote?

It’s not necessarily—the three apps perform different functions. In the immediate term I’m hoping to cut down my open tabs by saving articles to Pocket, but there’s still a broader discoverability issue to consider. As it stands, I discover roughly two-thirds of the articles I read on Twitter, with one-third coming from RSS feeds via Feedly. There is an IFTTT applet that connects RSS feeds directly to Pocket, but I’m reluctant to add 60+ feeds to Pocket because I would be shifting the problem I currently have with Feedly to another app—that is, I have to manually filter out posts or articles I’m not interested in from the wholesale feed. (In the longer term I’ll probably be choosier with my feeds, but that’s another story). Filtering is a chore, but reading is a reward.

Ideally, I would check Feedly every week or so, saving to Pocket articles I want and marking as read articles I don’t want. Pocket would then be a curated collection of stuff I know I’ll want to read. For articles I want to keep long-term, I’ll continue saving those to Evernote (from whatever source). My Evernote is currently as messy and disorganised as the rest of my life, but there is some semblance of a filing and tagging system. Can you believe I have a controlled vocabulary for indexing in Evernote? Of course you can. I’m a cataloguer.

To put it in more concrete terms: Feedly is a newspaper, Pocket is a collection of newspaper clippings, and Evernote is the archive that preserves my favourite clippings. In time I’m sure I’ll refine the system (what if I could skip the newspaper and go straight to the clippings??) but for the moment, this tripartite ecosystem just might help me get more stuff read.