Have you heard the good news about cardigans? 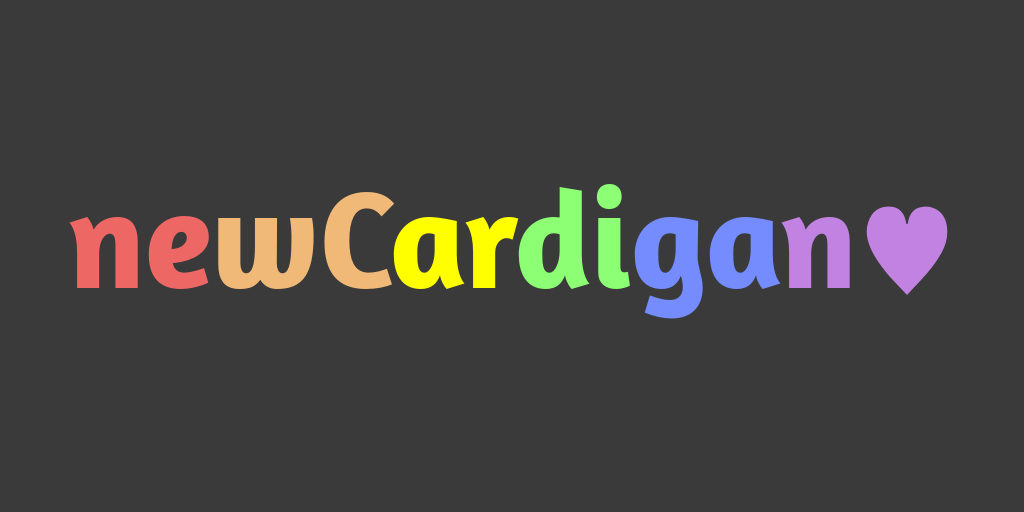 You see, three years ago a small group of disaffected GLAM professionals had an idea. Instead of spending their thirties growing increasingly despondent about the future of their sector, they would bring together gallery workers, museum curators, librarians, archivists and records managers. They would hold talks and tours in cultural spaces, and invite attendees to reflect on contemporary GLAM practice and their own careers. And then they’d go for a drink.

They called the group newCardigan (presumably because we could all use one). The gatherings became cardiParties. And the word spread, from Melbourne all the way to Perth, and via the internet.

In time, someone had the brilliant idea to record gatherings for those who couldn’t attend. These became cardiCast, a wonderful way to experience cardiParties from afar and an easy hour of free PD.

They’re not just about the parties, though: newCardigan also runs the Aus GLAM Blogs twitter bot, an aggregator and reposter of the best Australian GLAM content around (including yours truly), and GLAM Blog Club, a monthly writing prompt and post roundup.

I am a devout cardigan. I am a regular cardiCast listener, an enthusiastic GLAM Blog Club blogger, a frequent contributor to Aus GLAM Blogs. I wish I could attend cardiParties every month. But I don’t live in Melbourne or Perth, and there’s not a critical mass of engaged GLAM professionals in this town to start a group of our own. So I attend vicariously, and engage in other ways, and journey every few months to Melbourne to be with my fellow cardigans. (In fact, I’m writing this post on the train home, a nine-hour odyssey.)

Interestingly, the two parties cardiCore member Nik referenced during her talk at FutureGLAM earlier that day happened to be the two parties I’ve actually been to: the Race and Identity party at the Immigration Museum in July last year, and the Unfinished Business party at the Australian Centre for Contemporary Art in February this year. This was in the context of newCardigan being a proudly non-neutral organisation, a naturally progressive group whose members imbue their morals and values in their work, and who aren’t afraid to address and tackle systemic inequities within our profession, and our society at large.

For my part, I don’t think I would ever have gone to either institution were it not for newCardigan. The group invites me to step far outside my comfort zone. And yet it’s a wonderfully safe and inclusive place. I have always felt at home at newCardigan. I hope others have likewise.

I recall someone telling me that while a few committed cardigans were cardiParty regulars, most attendees tended to self-silo into parties matching their sector; museum workers tended to go to parties at museums, archivists would attend archive parties and so on. I think I would have done similar at the very beginning of my career (which was only a couple of years ago!), but these days it’s nicer to branch out. One can only take so much library in one’s professional diet.

By wonderful coincidence, I was in Melbourne for newCardigan’s third birthday party. There were speeches, drinks, cake and lots of catching up, and I had a great time. Fellow cardigan Clare and I had responded to the cardiCore invitation to share our memories of the group, and seeing as we were both attending anyway it was decided we should make speeches of our own.

Clare made a beautifully prepared speech about newCardigan helping them to come out of their shell and become a more engaged librarian. I ad-libbed a highly condensed version of the above and shared an embarrassing story about my first cardiParty that had the room howling with laughter. (I won’t repeat it here. I think Hugh’s suffered enough.)

I've only been at this #CardiParty for 15 minutes and I've already embarrassed myself.

Despite not often being able to make cardiParties in person, I still get so much out of newCardigan. I try to contribute to GLAM Blog Club most months (you can read my contributions here) and I enjoy catching up on cardiCast. I’ve met so many lovely people at the parties I’ve been able to attend, and it’s been great to put twitter handles to faces. I sound like a cardiVangelist, and I suppose I am, but honestly I am just an ordinary cardigan, albeit a contented one. I can’t help the fact you’re all so awesome.

It can be hard keeping the faith sometimes as an enthusiastic new GLAM professional, in a city that often doesn’t seem to care all that much. Participating in newCardigan has helped immensely. I know I’m not alone, that others struggle the same way I do, that change will only happen if we are part of this change.

Thanks for everything cardiCore. You’re the best thing about the GLAM sector in this country.

And thank you, fellow cardigans, for being so awesome.

PS: I will shamelessly echo Clare’s parting comments: you should definitely sign up as a formal member of newCardigan. And buy a t-shirt.

This is a very post newCardigan tweet sorry but I just feel so… grateful. To be among friends, people who like me for me, for what I can offer, for what I have to say. I’m so lucky, and I love you all so much. ?