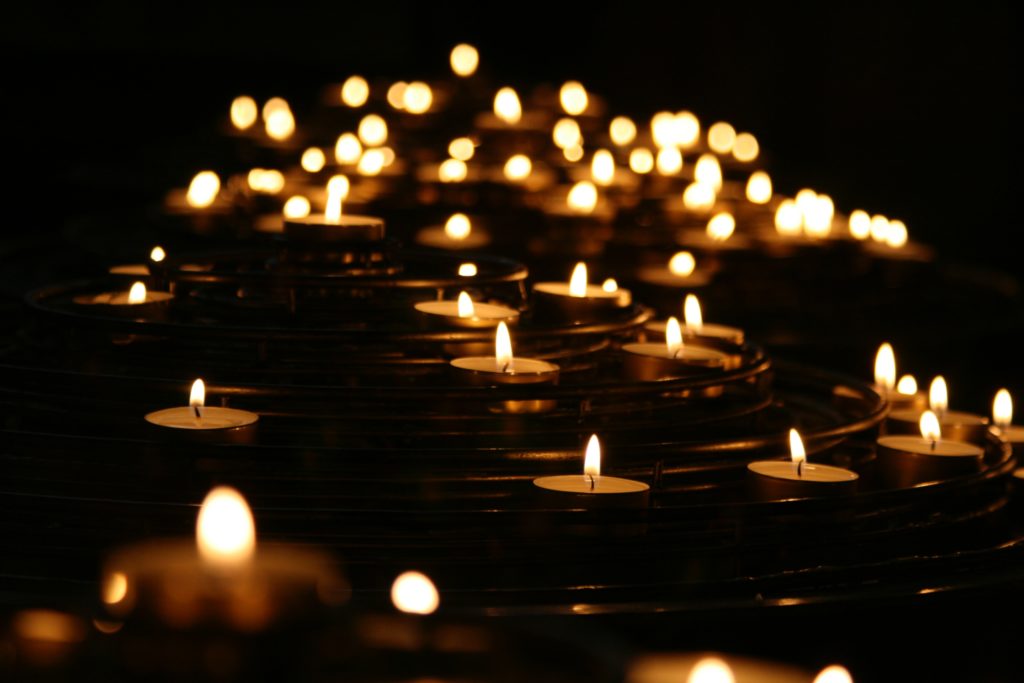 I agree with Brooke Reid about many things, but this in particular is a standout:

Brooke lost her casual academic library job thanks to coronavirus. (You should hire her, she’s great.) After a month off sick I’ve been working remotely now for two weeks, but I don’t yet feel as if I’ve fully ‘returned’ to librarianship. Or the world at large. Besides, what is there for many of us to return to?

Recently the Guardian Australia saw fit to run this deeply mediocre article on Australian libraries in lockdown and their impact on digitally disadvantaged people. (Fun fact: I went to high school with the author, though she likely wouldn’t remember me, and I’m disappointed to see this kind of thing from her.)

The library user interviewed, who relies on her local public library for internet access, reckons that ‘Really, there’s not as much traffic as you might think. Maybe just open the library without storytime’. I imagine you’re as disinclined as I am to take her advice on the subject. Meanwhile the only comment from a library worker (from SLNSW) is buried near the end of the piece, as if his (entirely correct) view that ‘public libraries are very busy public places […] under the current circumstances compliance with health orders is necessary’ was outweighed by the sheer inconvenience caused by such compliance.

The digital divide, like so much else in society, is largely a matter of public policy. Home internet access is not considered a basic utility, like running water and electricity, but rather a luxury for the better-off, and is priced accordingly. Try as it might, the library cannot possibly solve these kinds of policy problems. We offer internet access as a public service and as part of our commitment to freedom of information, but society shouldn’t force disadvantaged people to rely exclusively on our services. Contemporary libraries are public policy spakfilla—we are routinely expected to fill gaps left by policymakers at higher levels. Spakfilla is good for filling holes in plasterboard, but it won’t fix rotting foundations.

In 2006, my teenage life was rather more similar to that of the library user interviewed by the Guardian. My family couldn’t afford to get a landline phone connected, never mind the internet, and I refused to get a mobile because deep down I was a bit of a Luddite, and I didn’t particularly want to be contactable. Outside of school, my internet access was a weekly hour at the local public library. But had a pandemic struck that year, in those circumstances, I would have felt the library’s loss far more keenly. I would probably have watched far more television and been kept home from school, but also probably have fallen far behind in class, and been even more deeply isolated than I am now. Mum’s line of work is difficult to do remotely. I don’t know how we would be coping at the moment without the excellent home broadband we now enjoy.

In some ways, I chose to self-isolate as a teenager. But being too poor to afford the internet was not our fault, nor is it the fault of any other library user. Disadvantaged people deserve far more than just access to a public library—and when that access is rendered impossible, they should not be left to make do with nothing. Physical isolation is hard enough. Social and information isolation is even harder.

Faced with the prospect of extended building closures, many libraries have duly pivoted to making their physical collections available in other ways, with a combination of click and collect, home delivery and postal delivery services. The American Library Journal featured a brilliant op-ed the other day on why click and collect in particular, or ‘curbside pickup’, is a bad idea. It says everything I would have said on the topic, but I think this part is worth detailed consideration:

When folks are getting curbside meals, they aren’t eating the food, then returning the container to the restaurant to be used by another person. Moreover, food workers are trained in and regulated on avoiding contamination, and their workplaces are set up to prevent it. None of those things are true of libraries. Finally, restaurants are not doing delivery and pickup because there is no risk, but because the risk is outweighed by the daily need to eat. That simply isn’t true of access to physical library books. Books and other media are incredibly important, but they are not a priority right now—keeping people alive, safe, and at home is.

I would only add that restaurants and other food outlets are also relying on takeaway and deliveries to remain solvent—libraries are by and large not cost-recovery enterprises, so we don’t have this problem.

A few short weeks ago, when I was seriously ill on my own, I had a lot of deeply conflicting ethical opinions on whether I should get pizza delivered. What right did I have to demand someone else leave the house so that I didn’t have to? Would I be forcing the delivery person to take unacceptable health risks, or would my custom instead be helping keep them employed? It’s a moot point now—I ultimately did get pizza delivered, though it didn’t agree with my insides, and I promptly threw it all up—but it reveals the class issues at the heart of it all. Many people able to work from home are white collar professionals. Many people unable to work from home are blue collar or gig economy workers. They are expected to risk themselves so that others might stay safe, but they’re not necessarily getting paid (or being suitably protected) for that risk.

In setting up book retrieval and delivery services, libraries are expecting people (be they library workers, library users, or both) to risk their health for a bibliographic reward. Someone has to leave their house to retrieve books. Someone else has to collect them, or another someone has to deliver them. None of those people are likely to have, or be provided with, adequate personal protective equipment (PPE). To me, these all look like non-essential reasons to be leaving the house. Nobody ever died from not having a book to read, but the coronavirus can live on paper and other porous surfaces for up to 24 hours and on plastic for up to 72 hours; that’s enough for me to say ‘no’ to library books for the time being.

I get the feeling that large parts of our sector are desperate to prove their continuing value and relevance (and keep staff employed), and are bending over backwards to figure out ways to carry on as normal. I also suspect that many people are struggling with the idea that right now our physical collections and services have the potential to do more harm than good. That’s undoubtedly hard to process for people who’ve spent careers believing that librarianship is inherently good and noble work. Vocational awe is a hell of a drug.

The Library Journal article outlines ways libraries were already reaching people outside the building: ‘virtual and phone reference, ebooks and audiobooks, streaming movies, newspapers, databases, online programs, and more’. The immediately obvious problem? Most of these rely on people having personal internet access, which as I’ve outlined above is not an option for many. More needs to be done to figure out how to reach people while staying safe at home. The public health situation is undoubtedly far graver in the United States, where people are increasingly having to take matters into their own hands. But I have a hard time believing library books anywhere at the moment are worth that level of risk. Besides, there’s plenty that suitably online library workers could be doing from home. I hear catalogue maintenance is suddenly back in fashion.

You know what, though? Honestly, when all this is over, I don’t want to go back to normal. Normal was boring. Normal was unjust. Normal was killing me softly. Now is our big chance—our free space—to design a new normal, both within and beyond librarianship. Now is the perfect opportunity to deeply consider why we do things (not just the what and the how). Now is the time to imagine what kind of world we want to live in. The first step towards great change is believing that such change is possible. Besides, ‘things cannot and will not go back to the way they were. Of this even our enemies are certain.’

For starters, there is an obvious need for more, and more critical, library sector commentators in Australia. LIS academics would be well-placed for this kind of work, but appear largely uninterested in actively critiquing—and thereby improving—the library sector. Virtually all public librarians are government employees and do not enjoy the necessary academic or intellectual freedom. I am one of those people. That’s the price I pay for a secure job in my field. Already this post sails close to the wind of Things My Employment Precludes Me From Having Public Opinions On. But who else will point out that the emperor has no clothes?

ALIA were notably absent from the Guardian article—I suspect they simply weren’t asked for comment—but it has been evident for a long time that ALIA stands with library institutions, not library workers. The most recent ALIA Board message of Friday 24 April only confirms it: sympathy is shown for library managers having to stand down staff, but not for the staff themselves, despite ALIA’s considerable investment in a relief fund. Readers are also told that ‘we [all] have a responsibility to the library brand’, as if marketing and PR should be anyone’s priority right now. A previous message expressed concern that very few libraries and their staff would be eligible for JobKeeper, potentially putting large numbers of library workers out of work. Yet ALIA was seemingly not prepared to stand up for library workers and lobby for changes to the eligibility criteria, instead merely endorsing such efforts from unions and the Australian Local Government Association. I’m not entirely sure what these regular Board messages are meant to achieve. I don’t find them terribly reassuring.

In the face of all this, we have limited avenues to organise our labour as a sector, and fight for better. Library workers in Australia are unionised according to their employer type: government, schools, hospitals, higher education, and so on. The idea of ‘one big library union’ is not new; in fact, ALIA’s initial predecessor, the Australian Institute of Librarians (AIL), explored the possibility during its early years but could not overcome jurisdictional issues, noting that ‘A further obstacle was the opening of LAA [Library Association of Australia, AIL’s successor body] membership to employers as well as employees’. Overseas, Canadian rabble-rouser Sam Popowich has made some salient points, while the American Library Association’s companion body, the ALA-APA, exists in part to advance library workers’ salary interests. The closest thing I can think of to a pan-GLAM workers’ association in this country is newCardigan, but their reach is limited, and they lack the formal powers of a trade union.

In the past I have criticised libraries and library managers for being overly risk-averse. Now I find myself criticising them for not being risk-averse enough. It’s a strange state of affairs. I won’t pretend there are easy answers to any of these issues. But I’m also not interested in developing a martyr complex or smothering myself in vocational awe. Librarianship is important, and I appreciate many people are missing their library terribly, but right now providing access to physical collections runs the risk of spreading the virus, and library users being solely reliant on our internet access is a failure of public policy. Ours is not—and should not be—a life-or-death profession. We’re not frontline health workers. We’re not supermarket workers. We’re library workers. It’s great to be a library worker, but it ain’t everything, and it’s not worth risking public health for.